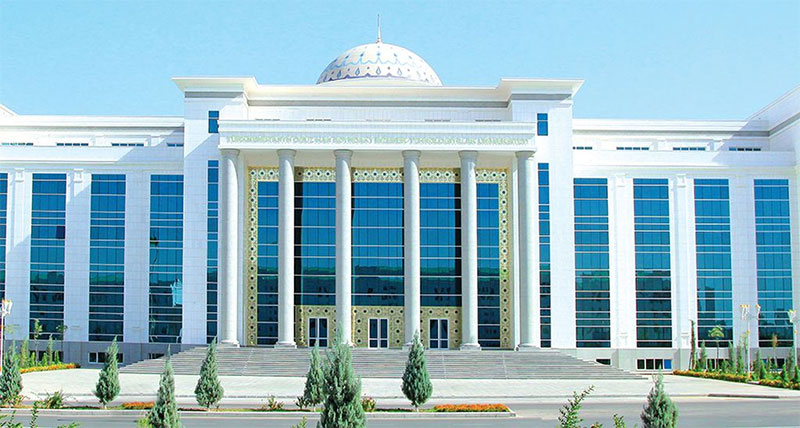 The solemn ceremony of awarding the winners of the competition of scientific works among the youth of Turkmenistan took place today in the conference hall of the Engineering and Technology University named after Oguz Khan.

The organizers of the prestigious state review, held annually in honor of the Day of Science, were the Academy of Sciences of the country and the Central Council of the Magtymguly Youth Organization.

Promising employees of research institutes, industry organizations and industrial associations, teachers and students of universities, students of secondary specialized educational institutions, as well as young Turkmen citizens of any profession who are eager for active scientific work are traditionally invited to participate in the national intellectual competition.

So, this year, which is held under the motto "The era of the people with Arkadag", 1,140 people took part in it, including 730 students and 410 young scientists who presented their developments, theoretical research and research in six priority areas of science and technology , including: Nanotechnology, chemical technology, the study of new materials and energy; Biotechnology, molecular biology, agriculture, ecology and genetics; Information and communication systems, computer technologies; Technologies of modern medicine and production of medicines; Innovative economy; Humanitarian sciences.

Having assessed the relevance of the topics of the presented works, the expert commission determined the names of the most worthy.

Of the total number of applicants for prizes, the jury of the competition chose the works of 34 students and 38 young scientists. The defining criteria were the importance and scientific novelty of the presented projects, their relevance and relevance in terms of practical implementation and prospects for introduction into production.

The winners of the scientific competition - 72 representatives of the youth research movement - became the main characters of the big holiday that took place today.

To thunderous applause, they were awarded honorary diplomas and valuable gifts on behalf of the President of the country.

The laureates of the intellectual competition addressed Arkadagly Serdar with sincere gratitude for the all-round concern for the younger generation, assuring that they would serve to increase the authority and glory of their native Fatherland through tireless, selfless work.

During the solemn event, a festive concert was held with the participation of creative teams of the country's universities.

Last news
Comments
July-2022: Following the Course of the Foreign Policy Initiatives of the Head of State
Politics
Naval Forces are on Guard of the Sacred Borders of the Homeland
Economy
The total amount of transactions at the GTSBT auctions exceeded 32 million 158 thousand US dollars
Politics
The President of Turkmenistan took part in the ceremony of laying a new automobile bridge across the Garabogaz Kel Bay
Politics
The President of Turkmenistan congratulated the leadership of the Republic of Singapore
Society
Opening of a modern children’s entertainment center