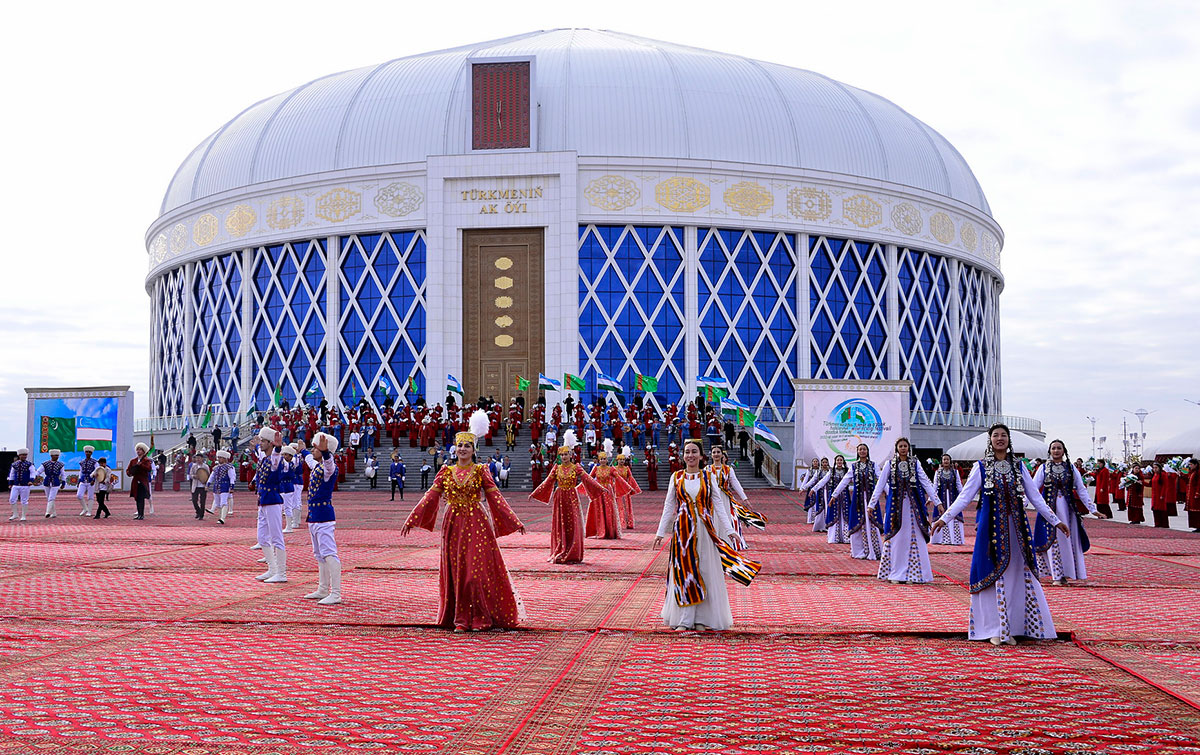 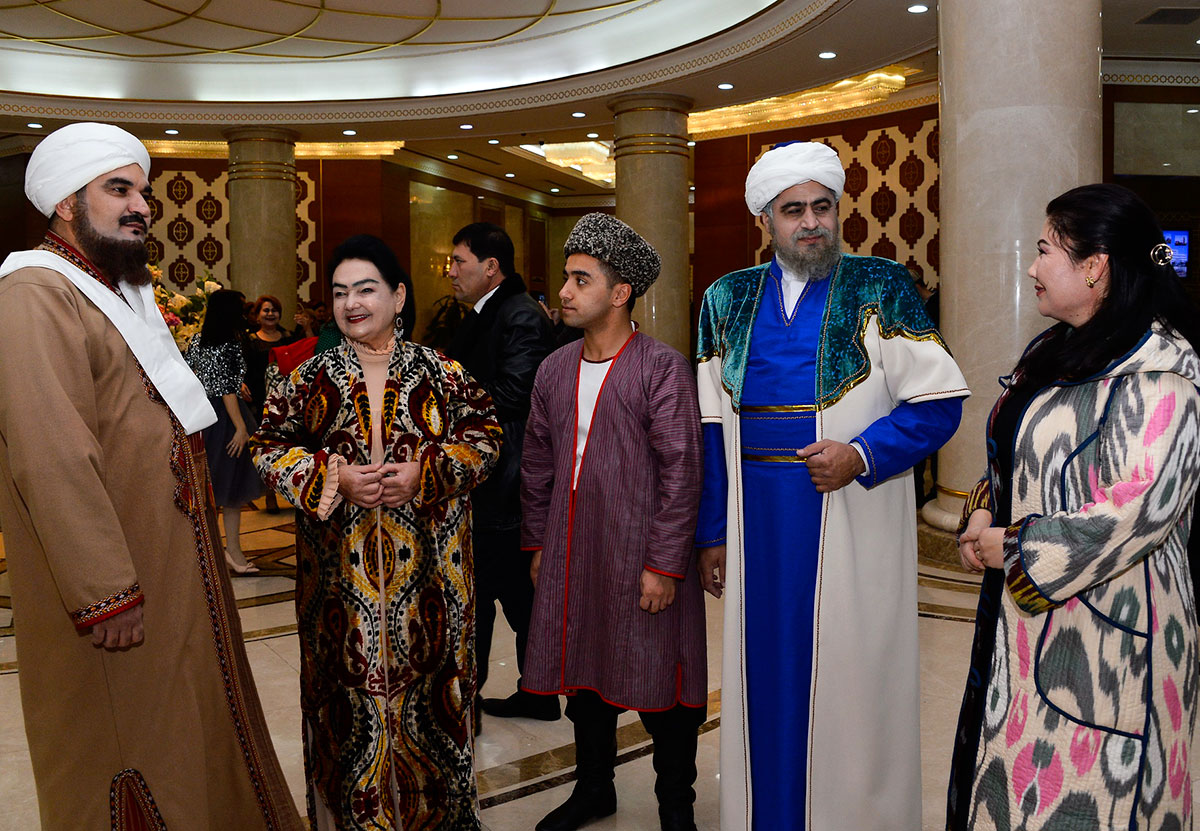 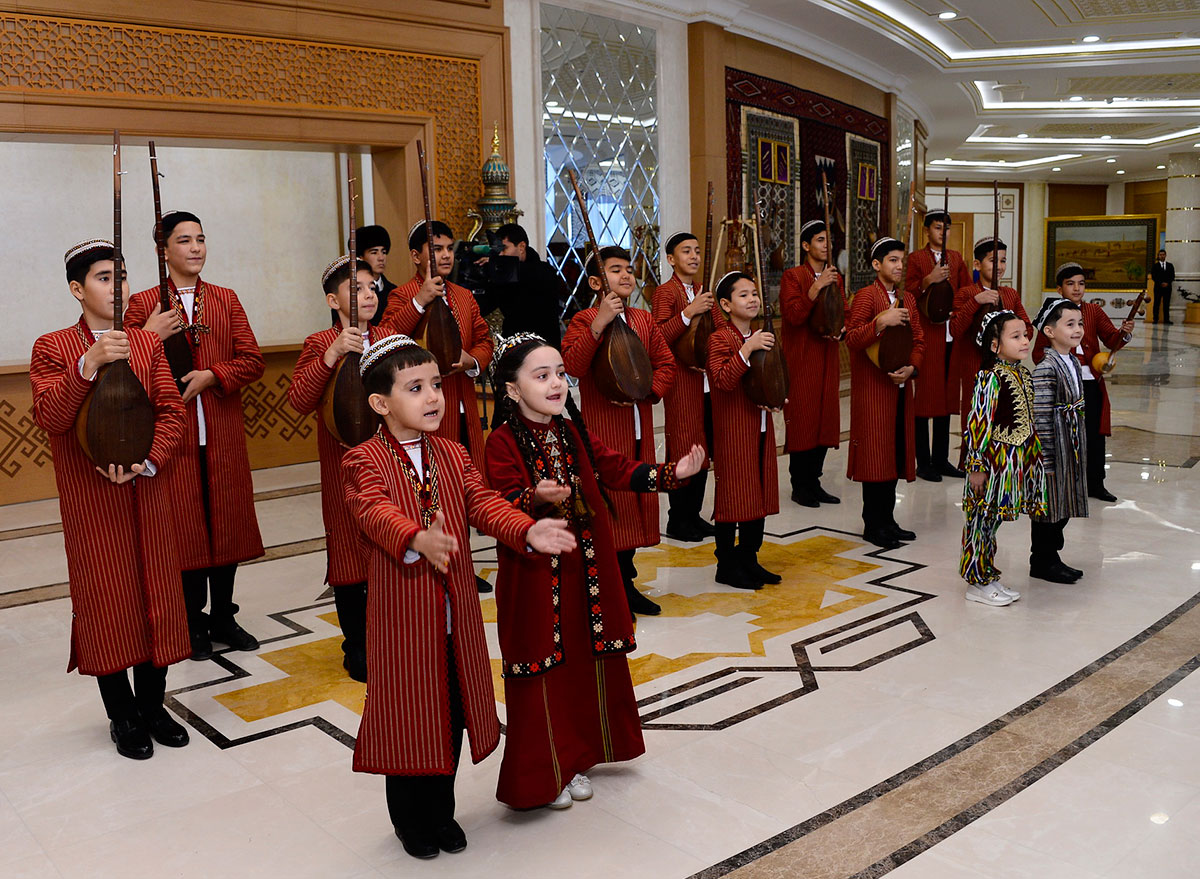 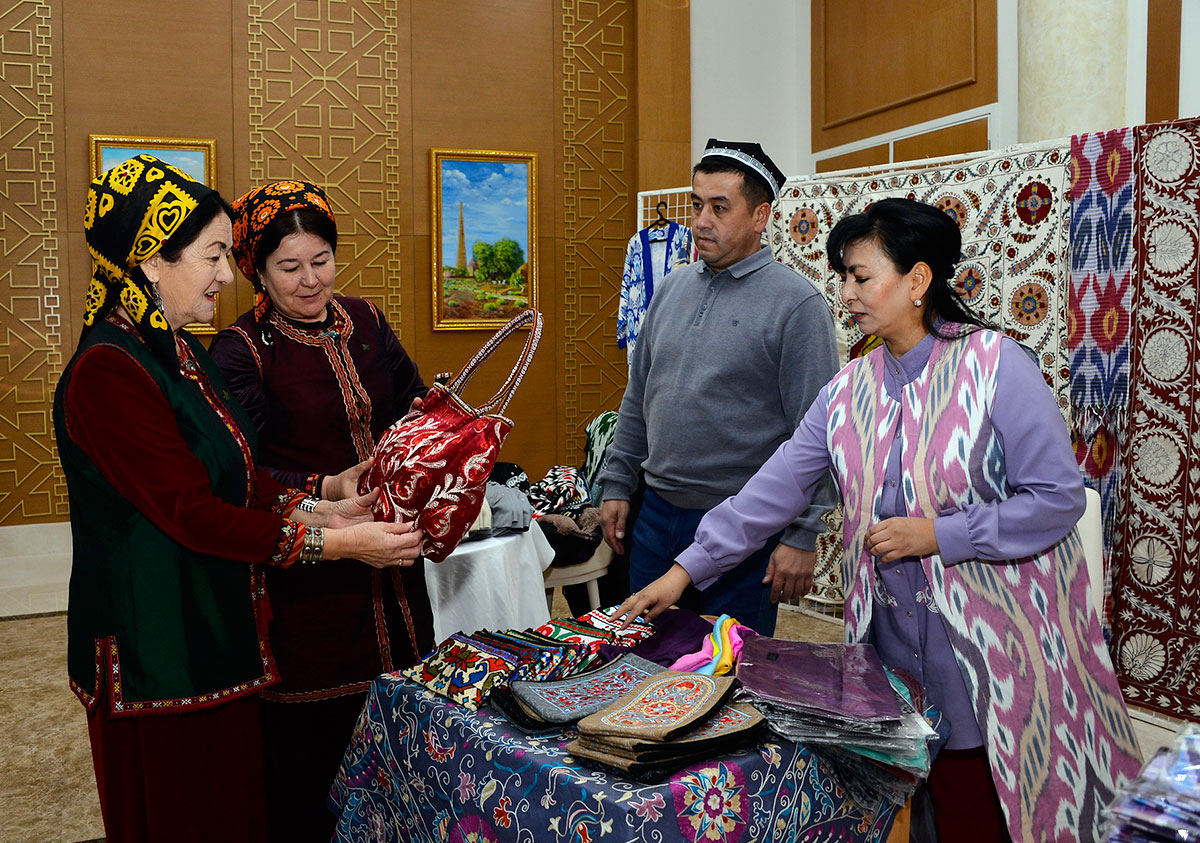 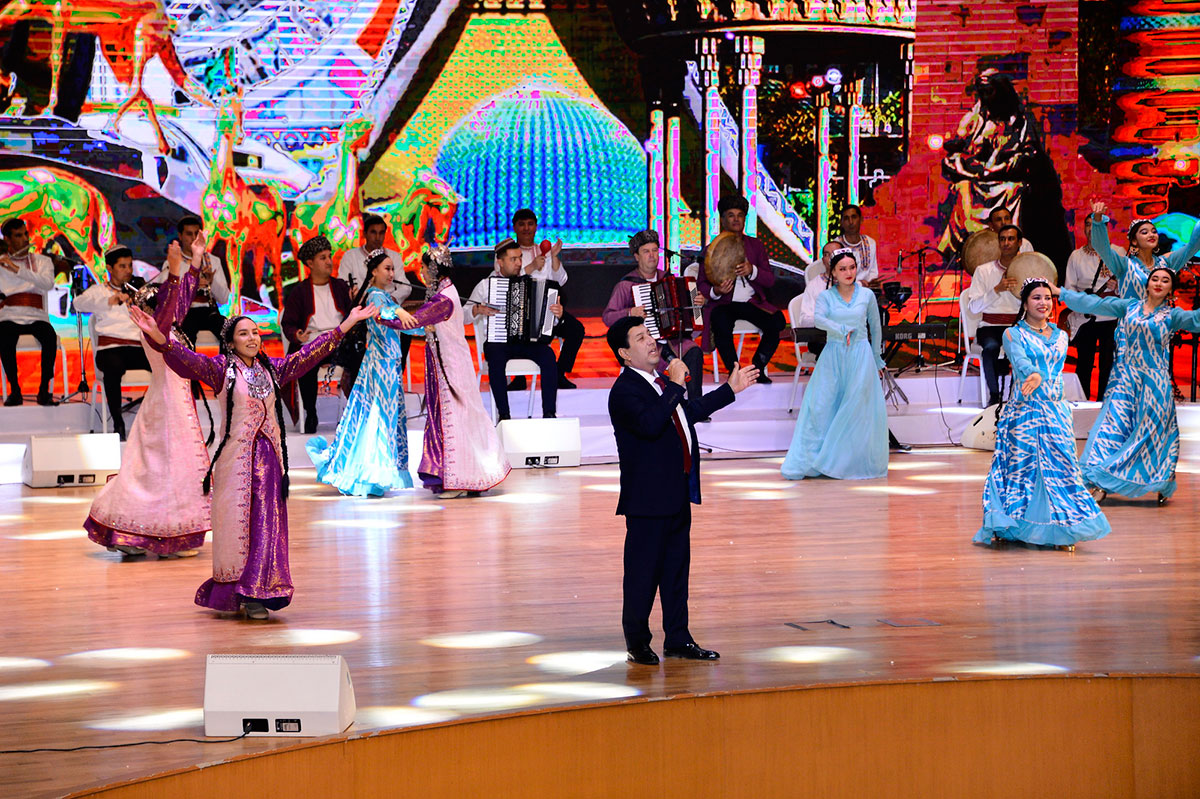 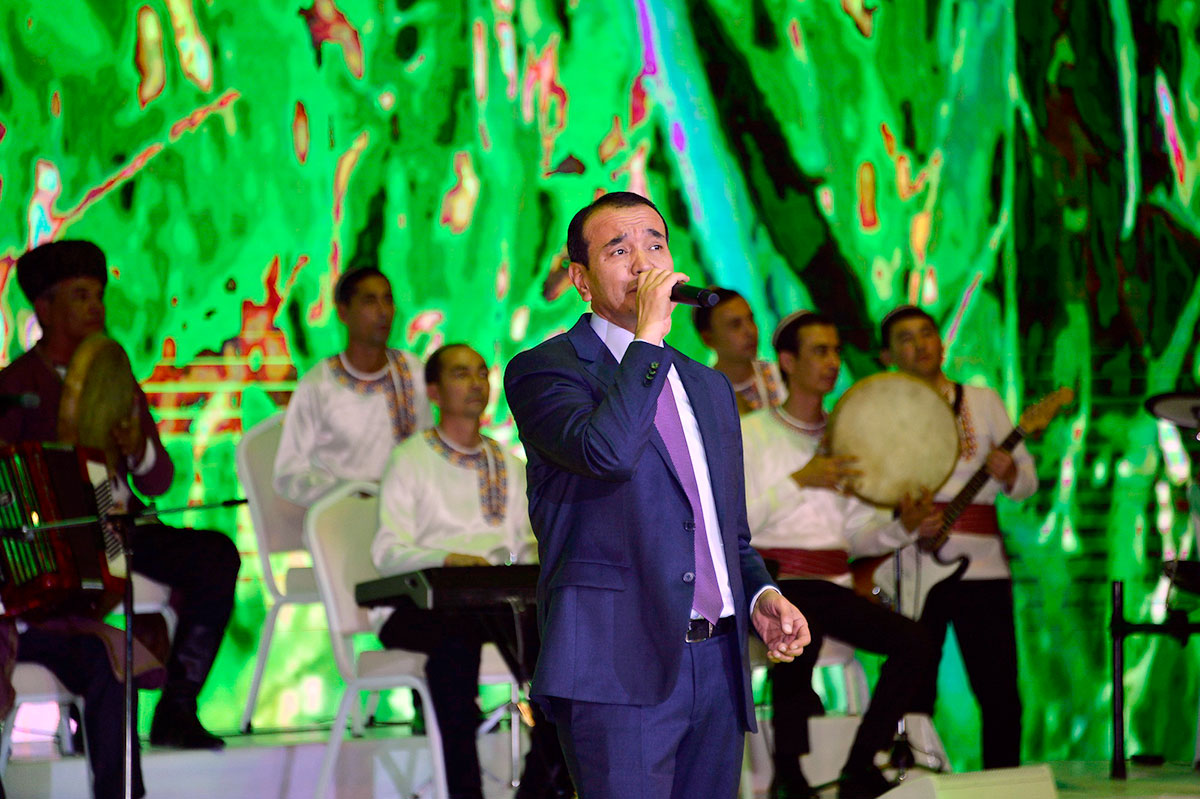 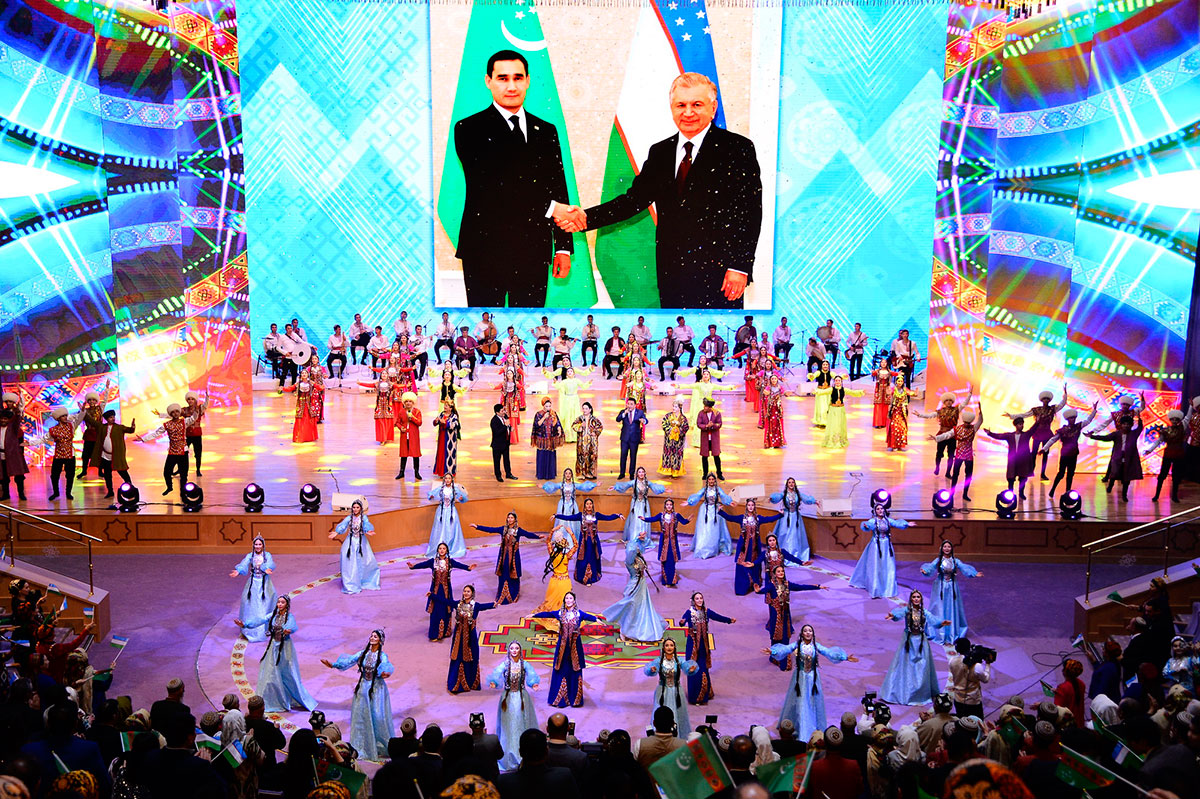 On November 16, 2022, the grand opening of the Festival of Friendship between the Turkmen and Uzbek peoples took place in the city of Dashoguz, designed to open a new page in the history of relations between neighboring countries.

The representative Uzbek delegation, which arrived in Dashoguz for the festival of friendship, was headed by the Minister of Culture of the Republic of Uzbekistan Ozodbek Nazarbekov.

In the morning, the participants and guests of the festival gathered on the festively decorated square in front of the magnificent building "Türkmeniň ak öýi" - the venue for the solemn opening ceremony of the festival. By tradition, the hosts present bread and salt to Uzbek friends and treat them with generous gifts of the Turkmen land.

The opening ceremony of the festival was attended by leaders and representatives of the cultural sphere of both states, the secretariat of the National Commission of Turkmenistan for UNESCO, public organizations and the administration of the Dashoguz velayat, honorary elders, journalists, numerous guests, and youth.

Today, a large-scale exhibition of works by artisans and masters of fine and decorative arts of the two countries has been launched here. The plots of the works are the original customs and traditions of the Turkmen and Uzbek peoples, the unique beauty of nature, monuments of history and culture, modern architecture.

The opening ceremony of the festival continued under the vaults of a magnificent hall. In a solemn atmosphere, the congratulatory Addresses of the President of Turkmenistan Serdar Berdimuhamedov and the President of the Republic of Uzbekistan Shavkat Mirziyoyev to the participants of the Friendship Festival were read out.

The program of the concert that took place then consisted of ancient and modern melodies and songs, choreographic and folklore compositions, reflecting the original customs and traditions of the Turkmens and Uzbeks carried through the centuries and carefully preserved today.

At the end of the holiday of friendship, the artists united in the Turkmen dance “Kushtdepdi”, which has come down to us from time immemorial. This bright and spectacular action emphasized the antiquity of the roots and the creative power of the creative unity of the fraternal peoples.

The song “Goý, baky ýaňlansyn dostluk aýdymy”, (Let the friendship song sounds forever) picked up by all the participants of the concert, sounded a powerful final chord of the Festival of Friendship between the Turkmen and Uzbek peoples.

The program of the creative forum will be completed by the premiere of the play “Ygrar ataşy” by the State Music and Drama Theater named after Nurmuhammet Andalib of the Dashoguz Velayat.