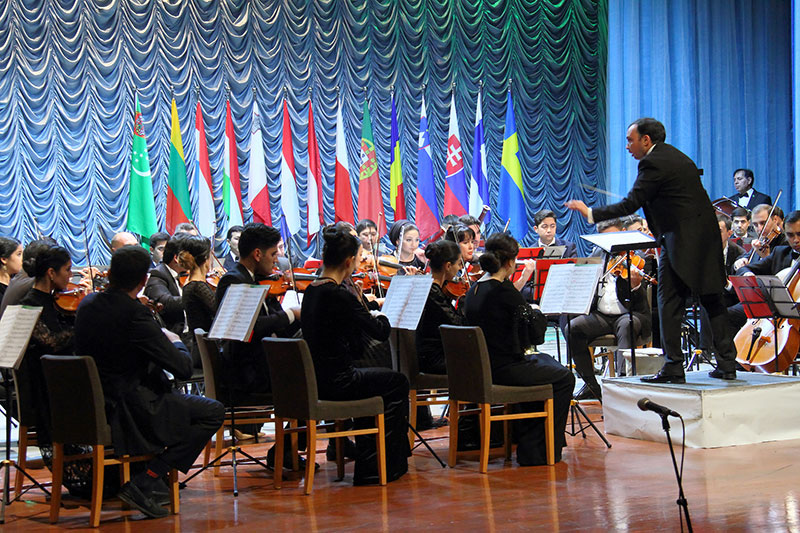 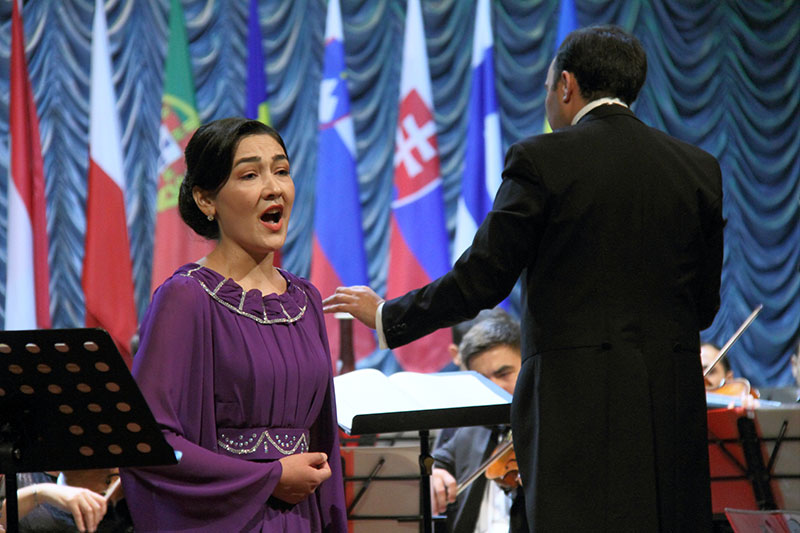 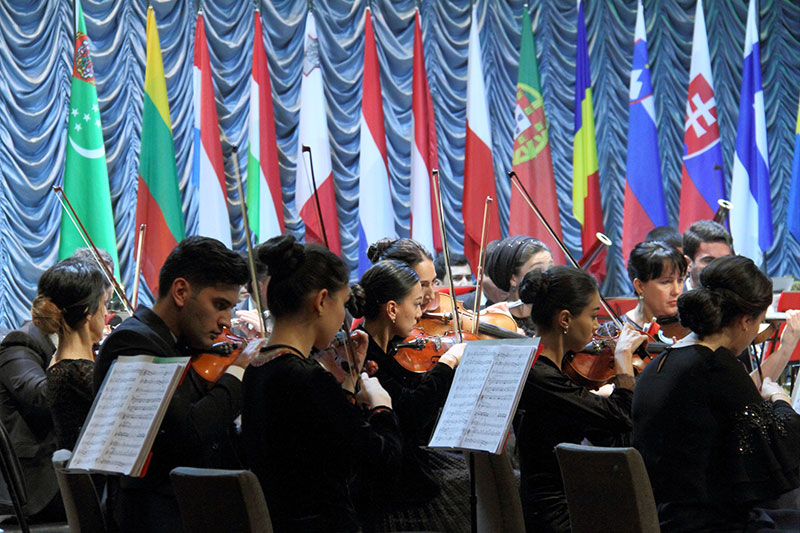 Today, the opening ceremony of the Week of Culture of the European Union in Turkmenistan was held in the capital.

For our independent neutral Homeland, relations with the European Union are one of the priority areas of the foreign policy strategy of President Serdar Berdimuhamedov, which is based on the principles of mutual understanding, respect and trust and is aimed at global peace and progress. At the same time, a special role is assigned to cultural diplomacy as the most important form of maintaining friendly relations and cooperation with all interested countries and peoples of the planet.

The very fact of holding a creative event, organized jointly by the Delegation of the European Union and the embassies of France, Germany, Italy and Romania in Turkmenistan, with the support from the Ministry of Culture of our country, is an illustration of the strengthening of a fruitful partnership with this largest interstate association, a significant component of which are contacts in the humanitarian areas.

Our cultural ties include numerous events, including the Vienna Balls in Ashgabat, Mutual Days of Culture, concerts and exhibitions, various presentations and other creative events that took place both in our country and in European countries. Turkmenistan participates in a number of projects of the European Union, actively interacts with the EU in such international organizations as UNESCO, popularizing and promoting its historical and cultural values.

The great interest shown among Ashgabat residents and guests of the Turkmen capital in the EU Culture Week, held under the title “Unity in Diversity” ”is evidenced by the full house at the National Music and Drama Theater named after Magtymguly, chosen as the venue for the grand opening of the action.

The leaders in the areas of culture, representatives of diplomatic missions and international organizations accredited in Turkmenistan, mass media, creative intelligentsia, youth, numerous lovers of classical European music gathered there.

Expressing gratitude to President Serdar Berdimuhamedov for the fruitful cooperation between Turkmenistan and the EU in many areas, the diplomat stressed the importance of the current event in strengthening peace and friendship, exchanging cultural and educational values and expanding the humanitarian dialogue.

Thanking the Ministry of Culture of Turkmenistan and the embassies of the member states of the European Union for their help in organizing the EU Culture Week, Renata Vrubel expressed confidence that the programme of the current very eventful will open up opportunities for future projects.

Ambassadors of the Federal Republic of Germany and Romania to Turkmenistan - Michael Uwe Bierhoff and Ion Naval also addressed the participants and guests of the creative event. As was noted, the rapprochement of cultures, the further development of cooperation between creative people will become a bridge of friendship between our nations.

The programme of the subsequent concert included works from the “golden fund” of classical European musical art. They were performed by the State Symphony Orchestra of Turkmenistan, soloists, as well as the State Choir, which was conducted by Vita Timermane, a well-known choir conductor and public figure of the Republic of Latvia, head of international European Cultural Projects.

The musicians conveyed to the listeners the whole gamut of feelings and their subtlest shades, applied by the great maestros in their masterpieces. Melodies, opera arias, choral works alternating in an amazing variety created an unforgettable atmosphere of a great creative holiday.

Stormy applause became a well-deserved reward for talented artists who demonstrated high performance skills and gave the audience an amazing meeting with the classics of European musical art.

On October 25, Elvita Ruka. a well-known publicist, screenwriter, author of books on historical and cultural heritage will give a master class on artistic writing. It should be noted that the guest from Latvia also participated in the International Festival “Handicraft and arts and crafts in the heritage of the peoples of the world” held recently in Turkmenabat.

An informative and interesting event of the Week will be an exhibition of video installations, which will be presented by artists Theo Echetou (France) and Robert Cahen (Germany) in the exhibition hall of the State Academy of Arts.

As part of the creative action, the artist, Ilona Romulė (Latvia), a participant of well-known international exhibitions and forums, author of numerous publications on art will demonstrate painting on ceramics in the Cultural and Business Center of the Oil and Gas Complex.

During the culinary festival in the metropolitan Berkarar Shopping and Entertainment Center, visitors will be able to taste various cuisines of European countries.

A separate programme has been prepared for guests who are interested in the history of our country, as well as in the culture, original customs and traditions of the Turkmen people.

On October 31st, the solemn closing ceremony of the EU Culture Week “Unity in Diversity” and a concert of musical groups will be held at the Mukams Palace of the State Cultural Center.