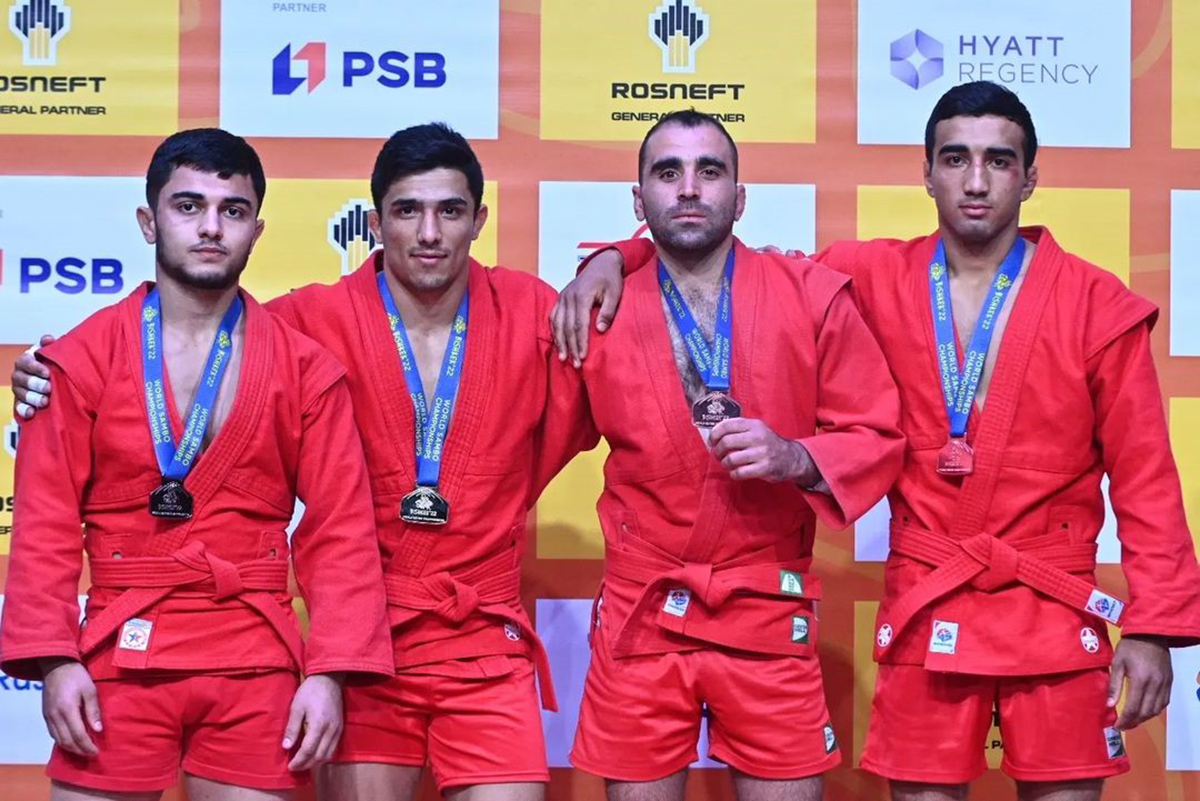 Turkmen sambo wrestlers won one gold and two bronze medals at the 47th World Championships that started in Bishkek.

The largest tournament brought together about 400 athletes from more than 50 countries, who are fighting for the title of the strongest in 21 weight classes among men and women in sport and combat sambo.

On the first day of the competition, serviceman of the Ministry of Internal Affairs Muhammet Kossekov of the Turkmenistan team won the highest award. The 24-year-old Master of Sports from Ashgabat achieved this success in the weight class up to 64 kg, in which 18 athletes competed for medals.

In the first fight, Muhammet defeated Maxim Manukyan of Armenia, who became the bronze medalist of the 2022 World Championship, and then he won a victory over Dimitar Stoyanov of Bulgaria. In the semi-finals, our compatriot turned out to be stronger than bronze medalist of the 2021 World Youth Championship Esentai Imakhanov of Kazakhstan, and in the final, he was active enough to defeate Elvin Bagirov of Azerbaijan - 1:0.

It is the first world champion’s title of Muhammet Kossekov. Last year, at the Asian Championship in Tashkent, he won gold, defeating Rahat Zhananiyet of Kazakhstan in the final. That time, giving an interview to the official website of the International SAMBO Federation after the victorious fight, M. Kossekov said: “The World Championship is ahead, where I will go for victory”. And Muhammet kept his word, having gone up to the highest step of the podium at the current world championship.

The talented sambo wrestler has been on the path to this success for several years. He began to learn the basics of sportsmanship at the school of young Olympic competitors under the instruction of coach Dovlet Tejenov. Then, during the years of his study at the Turkmen State Institute of Physical Education and Sports, he practiced this sport under the guidance of Honored Coach of Turkmenistan Dortkuli Tejenov. Currently, Muhammet Kossekov serves in the army in the famous Military Unit 1001 named after Myalikguly Berdimuhamedov and improves his sambo skills at the “Galkan” sports club of the Ministry of Internal Affairs with Honored Coach of Turkmenistan Nuryagdy Mamedov.

Today, on the second day of the World Championship, two more bronze medals were added to the medal collection of the national team of Turkmenistan. These were won by representative of the National Martial Arts Federation of Turkmenistan Kakageldi Egenbaev (up to 71 kg) and coach of the sports school of the State Committee for Physical Culture and Sports Batyr Hojamuhamedov (over 98 kg).